When Jalada Africa released the Sext Me Poems and Stories anthology in mid-2014, it was a bold step in the right direction. The two-part anthology was a compilation of twenty stories and poems by African writers exploring the intricacies, complications, and peculiarities of sex. The pieces blew the lid off the box into which sex in African literature had been crammed for ages and thrust a taboo topic into the limelight.
In March, The Fireplace: #MEiREAD, a book club run by Sooo Many Stories, selected eight of the anthology’s stories and gathered at Kahwa2Go in Ntinda to discuss sex in literature. The themes of focus were consent, sexual dissatisfaction, the language of sex, communication during sex, sex as a weapon, sex and children and sexual harassment.

The conversation was moderated by Beewol/Talkative Rocker and Laura Byaruhanga. It got off to a raunchy start with Alexander Ikawah’s Sex Ed for Village Boys, a mischievous story where the author writes of virginity and tenacious sexual escapades. The author adeptly utilises language to create a story that teeters precariously on the edge of sensuality, never quite tipping over into vulgarity. I worried that the untranslated non-English words throughout the story would put a hitch in its stride but, as many of the book club’s members noted, it actually enhanced the flavour of the story.
Linda Musita’s Kudinyana raised more than its fair share of eyebrows with its portrayal of children engaging in sex. Over the din of the scandalised readers, some members pointed out that her story brought to light the often-ignored importance of sex education in schools. Naturally, there was argument for and against sex education, with some members asserting that there was a time and place for it, and it wasn’t schools. 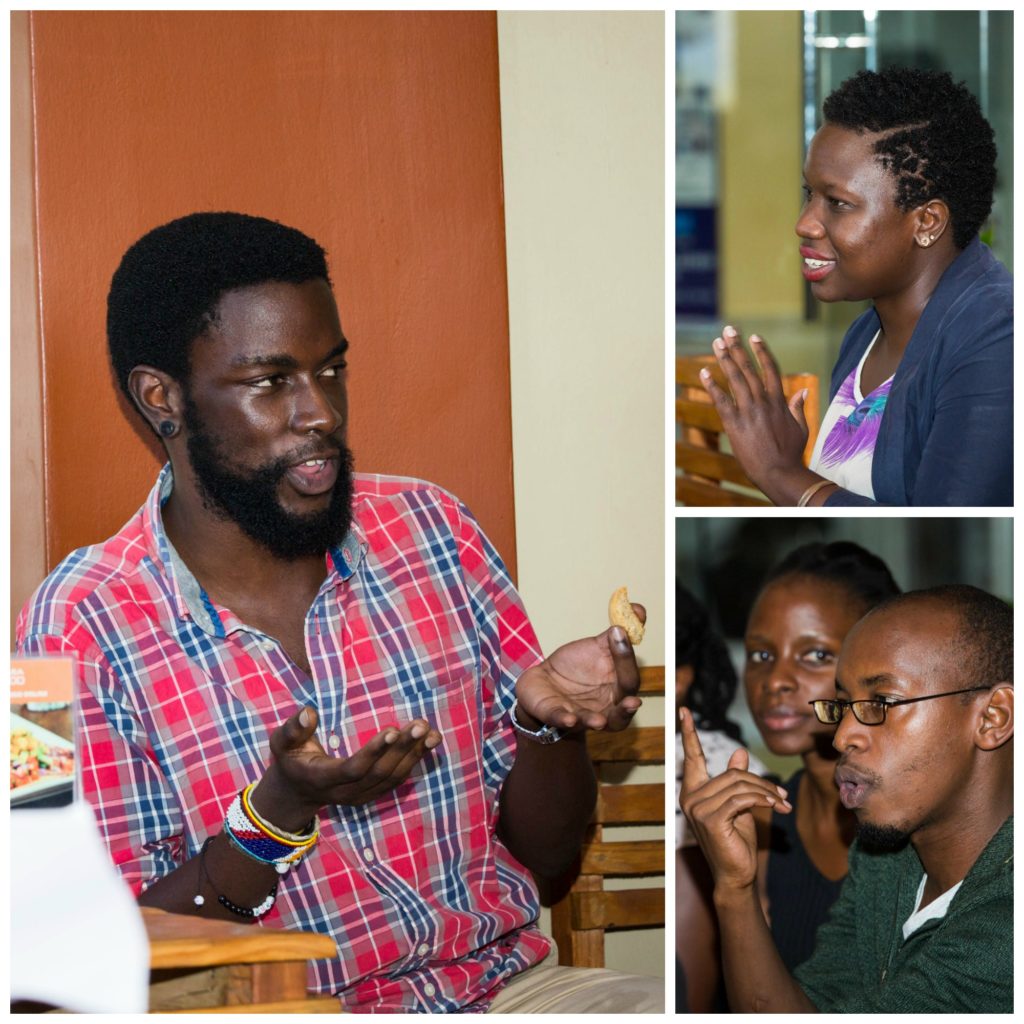 In Bobbitt Wars by Nkatha Obungu, a woman exacts brutal revenge on a boss who sexually harasses her. The discussion revolving around this story was particularly passionate, with many female members of the book club agreeing that sexual harassment, unfortunately, occurs often in work spaces.
My favourite discussion of the night was the one inspired by Anne Moraa’s Bound, a story about a heartless Casanova who has the tables turned on him when he’s trapped in a relationship where he can’t satisfy his partner sexually. We brainstormed on the most apt course of action for a situation in which one felt sexually unfulfilled with one’s partner. Some members suggested ripping off the band-aid by telling the partner what they were doing wrong during sex. Others were against this, saying it was too huge a blow to the partner’s ego. Other members suggested seeking fulfillment elsewhere over communication. By the end of the discussion, I felt that we hadn’t come to a satisfactory solution to the problem of lack of communication during sex.
In Richard Oduor’s Sex on a Train, two lovers rendezvous at an unlikely location. The author paints a vivid picture of the scene and yet manages to sneak in the back stories of his main characters, adding a layer of intrigue to what could’ve been a simple lovers’ tryst.
The story for which the anthology is titled, Sext Me by Aleya, inspired quite the discussion. The story depicts a sexting interaction between the protagonist and a man. The story got many of us wondering; what is sexting? At what point does conversation leave the domain of flirting and mutate into sexting? This led the group into discussions about how much was too much, whether sexting inferred consent, and the topic of nudes as a form of sexting. Interestingly, many male members of the book club had a thing or two to say about unsolicited nudes and how they were a violation of consent.

Wanjeri Gakuru also explores themes of consent in her story Transaction, where the protagonist seeks to relieve herself of a perceived burden on the night of her birthday. It’s a multi-layered story that looks at issues of self-worth and body positivity.
The last story on the discussion platter was Inbox (1) by Dorothy Kigen. The story is a simmering pot of slow-building passion tinged with a melancholy I couldn’t quite understand but enjoyed nonetheless. There was both naughty honesty and innocence in this story; it made for quite the interesting read.
It’s interesting that the anthology seems to follow the international trend of gender imbalance when it comes to writing erotica. Are male writers unwilling to write the genre? If so, what could be the cause? The same gender imbalance was visible in the attendance of the book club meet. There were definitely more women than men in attendance. A topic for discussion another day. 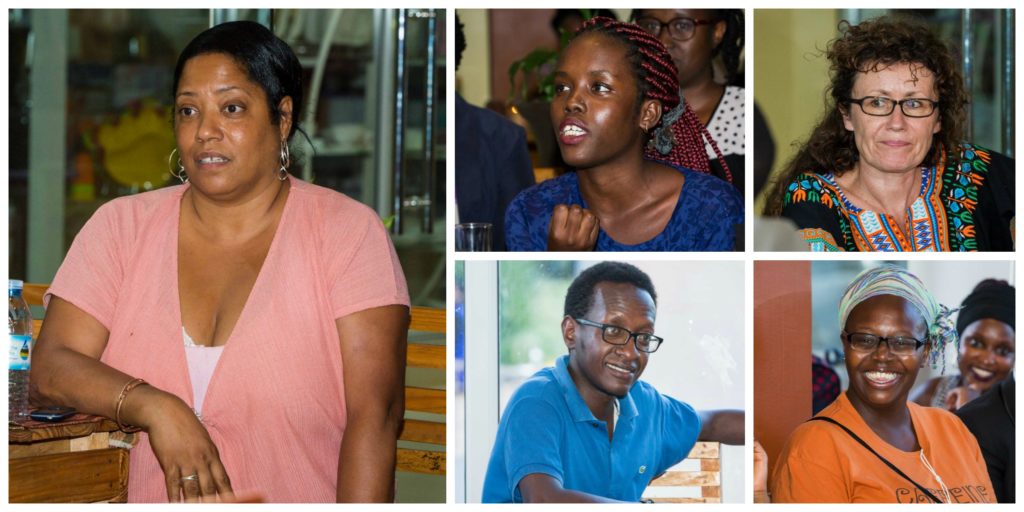 In conclusion, the anthology was a delightful read, and I look forward to more stories that will break taboos and bring to the light issues that aren’t spoken of much in African literature.

*The writer attended The Fireplace: #MEiREAD