Morris K, who prefers to go by Owaahh, is the mind behind the popular history blog, Owaahh.com. Despite his partiality to the shadows, Owaahh is an out-going, incredibly intelligent person. The rest of the Sooo Many Stories team can testify with me to this after attending his masterclass at the recently concluded StoryMoja festival. The masterclass revolved around mostly writing history and ways in which we can make it engaging. I, for one, am not particularly interested in writing history, but as someone keen on writing as whole I learnt a lot about letting the story lead you and making sure to set the scene in your mind even before you begin to pen. His approach to non-fiction is what makes his blog Owaahh.com particularly gripping.

The blog stories inspired two young actors/writers (Ngartia and Abu Sense) to create the play Too Early For Birds. The production concluded its third edition at the StoryMoja festival, which blew us away during our time in Nairobi. I caught up with Ngartia and Abu, but first I talked to Owaahh a little about the idea and process behind the blog. 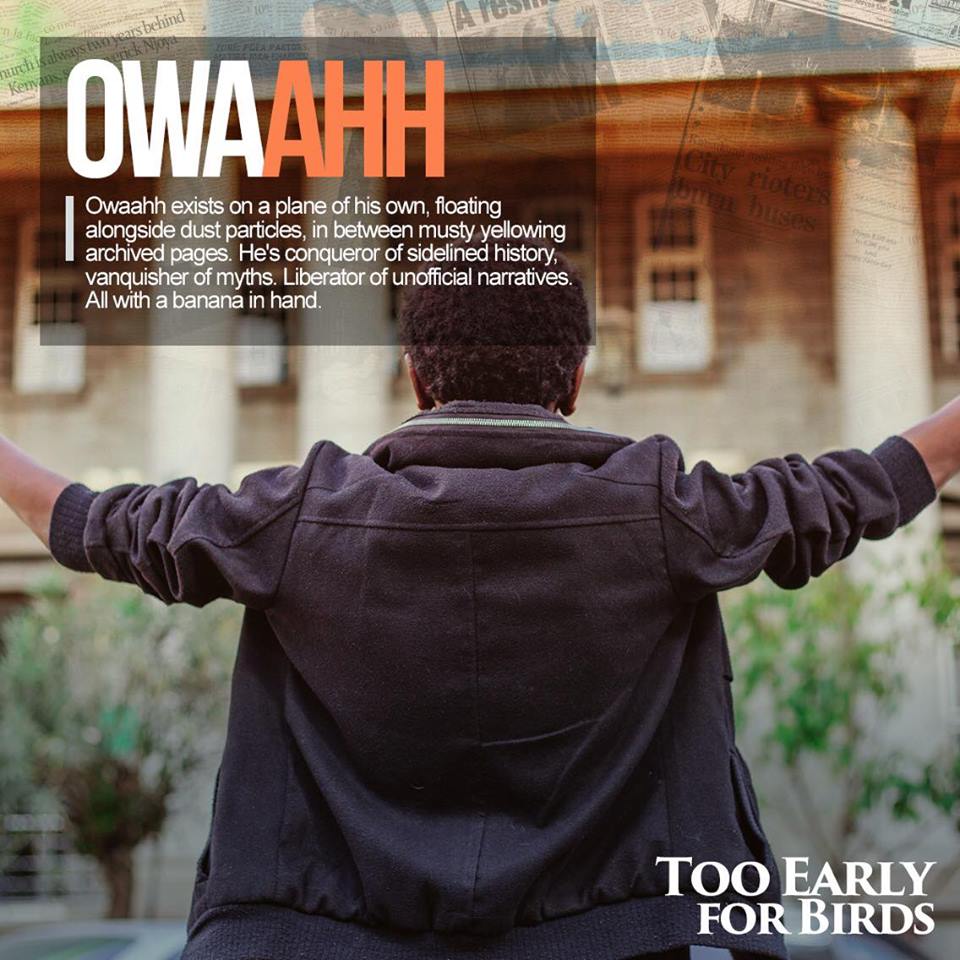 What inspired you to start Owaahh.com?
By 2010, I had tried three other blog concepts but didn’t find them interesting, or even befitting for the kind of content I felt was missing from the Kenyan scene. I needed to build a platform that redefined how Kenyan history is written, and how current affairs are contextualised. I also needed a space where I could curse in my work, as I told great stories about people doing mostly bad things. I also wanted to create a space that would inspire stories in other art forms, as has been clear with Too Early for Birds.

Forensic science. I remember you mentioning this as your qualification during your Storymoja Masterclass. Is it still a big part of your career?
In a way, yes. Forensics honed most of my research skills by showing me the need to get credible sources, and to ensure a story is as accurate as humanly possible. Forensics is incessant on details, which is a recurring theme in the format of my work. Although I might not work in crime scenes or morgues today, my stories work on the same principles forensic science uses in its work. I approach each as an investigation, one where threads need to make sense and the audience is looking for answers.

How did it feel to see the stories come to life at the first production of Too Early for Birds?
I am not sure the exact feeling can be described, but it was validated on May 17th when the cast performed to a full-sold out show at the Kenya National Theatre. The feedback was great, and there were even requests for different formats. To see people my age and younger take such interest in Kenyan history with all its controversies was not just a thrill, it was a revelation that there is space for this concept, and others.

Did you participate in any way? Direction, production et al.
Other than helping in research and content creation, my participation was mainly limited to advertising and the communication parts of it. There is an entire team behind the series, with a director, producer, communications and ticketing teams and even costume directors.

Do you have a team that helps in your story compilation for the blog? Is there any monetary compensation?
I get help when I need it, but I am also trying to increase the number of guest posts. Each research project differs from the last, but so far most of the assistance I get is pro bono/quid pro quo (such as syndicating).

Is it taxing to do all the work by yourself?
I am a researcher so no, this falls right in my alley. I get assistance as and when needed and have been reaching out for collaborations and guests posts in the last several years. Some stories are more draining than others, and require extensive collaboration, but part of this is the fun part of writing. Still, I feel the need to inspire and help others use research in their work, because one of my initial goals was to inspire the use of history in its unadulterated form in other art forms such as poetry and music.

What inspires a new story?
Everything actually. Sometimes it is a line in another story, or an incomplete line of research. Sometimes it is prompts from readers, or areas of interest from everyday news. Sometimes it is an annoying tweet preaching a misconception, or a fallacy that needs to be cut down. Other times it is research I encounter in the course of reading other things such as books and articles. Sometimes it is sheer curiosity.

Is it sometimes hard to start another story?
I tend to separate research and writing because they are different to me. I need to research, then write, then research again, and then write again to make sure I have my facts right but I also have a fantastic story. This sometimes takes months, although I am glad my readers are patient enough.

Any future plans for the blog? Plans to do a book compilation maybe?
Haha, who sent you? I have been having this book compilation conversation for a while now but I am already on it, or rather a version of it. I want to build the blog into a modern media site, one where there are multiple contributors and people come to learn things, but it is also self-sustaining and credible. Seven years in, I know I should be doing more, but the future is promising. Onward.

Is the blog it for you, or there is a 9-5 too?
This is the 9-5. Writing. The blog is one half of it. I freelance for magazines and other clients the other times.

Any particular reason for the anonymity?
Anonymity helps me melt into crowds and talk to sources. It was initially for security, but this has since changed because my work is public and it’s ramifications even more so. I do it now partially because it means I can breathe in crowds and experiment with other things and forms of art. It also adds to the mystery, and partially shows that even if the audience doesn’t know how the author looks, a brand can still be considered credible enough. 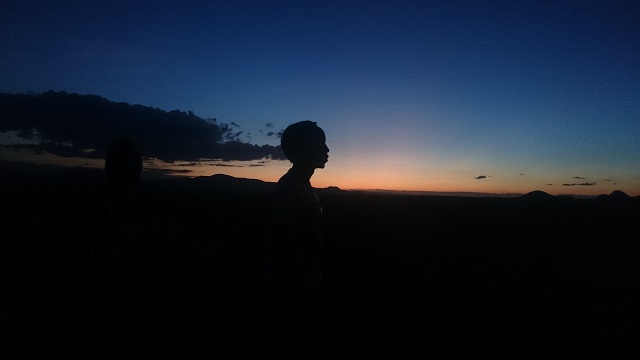 Thank you so much for your time Owaahh! And for making magic out of what many consider a pretty drab area of study.

#MoreThanABlog is a series we are running, highlighting all the incredible people in our blogging community that are going the extra mile and doing more than blogging. ‘The extra mile’ could be in direct line with their blog and that content or within a completly different sector. We are celebrating bloggers doing more and inspiring every writer out there to find ways in which they can do more. If you think you fit the bill or  know anyone that would, get in touch at esther@somanystories.ug