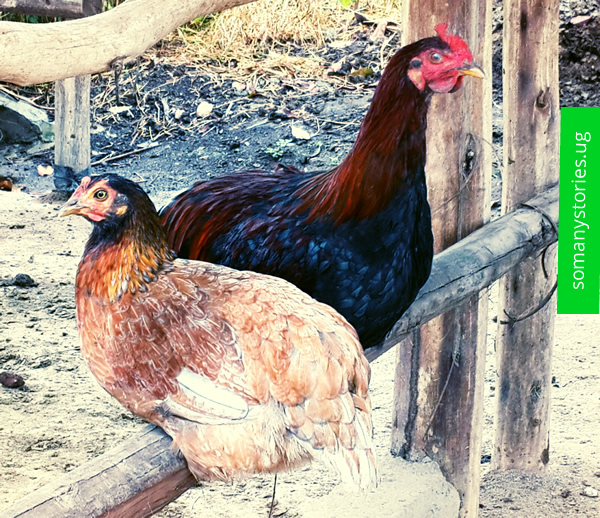 Just the other day my nephew, now four
Asked me,
Uncle, why did the chicken cross the road?

I looked at him for a second and another,
Then sat the little boy down for a lecture.

You see, there are seven reasons why the chicken crossed the road:

1. On the other side of the road
was a job opening advertised in the papers that day.
KFC was recruiting,
No working experience required,
All you had to do was be chicken.
Given her life’s obligations she decided to go for it.

2. She wanted to prove to the other chicken across the road
That no one could mess with her man,
and get away with it.

3. She heard that they were registering for national IDs
and she urgently needed one of those to lay her eggs.

4. She too was following her dreams;
Peace, liberty and the pursuit of happiness.
She couldn’t take this poverty-stricken economy any more.

5. She was tired.
Tired of the new laws that only favoured a few.
The new laws that were in line with the new agenda.
An agenda in favour of all sorts of unnecessary bills;
Land bills, marriage bills, long, short and mini skirt bills;
While other sorts of bills were flying through the roof;
Food bills, tax, taxi bills, rent bills, water bills, and more power bills.

6. She had to cross the road because hospitals were privatised,
Malls were built where primary schools were,
The army was sent to other countries and the police militarised,
The opposition was just walking about and shouting on the streets,
Priests were running out of their skins,
Journalists were covering showbiz,
Elections were rigged,
Jobs were auctioned
While education was ignored, exams were advertised and eventually sold.

7. She heard that they were giving out loans
To young entrepreneurs on the other side,
She decided to try her luck
and perhaps consider a career in poultry farming, brick-laying or boda-boda riding.

In that moment my nephew asked with a more concerned look on his face,
Uncle, am I chicken?

He is the founder of Open Mic, Kampala. He has been performing and writing poetry since 2009. He started a programme to coach and teach spoken word poetry performance to primary school pupils and secondary school students.